Brother Thomas Gamon, IV, is a Past Master of Perkiomen Lodge No. 595, Red Hill, Pa. He served as District Deputy Grand Master of District 40 from 2002-2010; as a Representative in Grand Lodge and an Aide to the Grand Master from 2012-2013; as a member of the Masonic Education Committee from 2010-2011, and on the Masonic Villages Board of Directors since 2013. 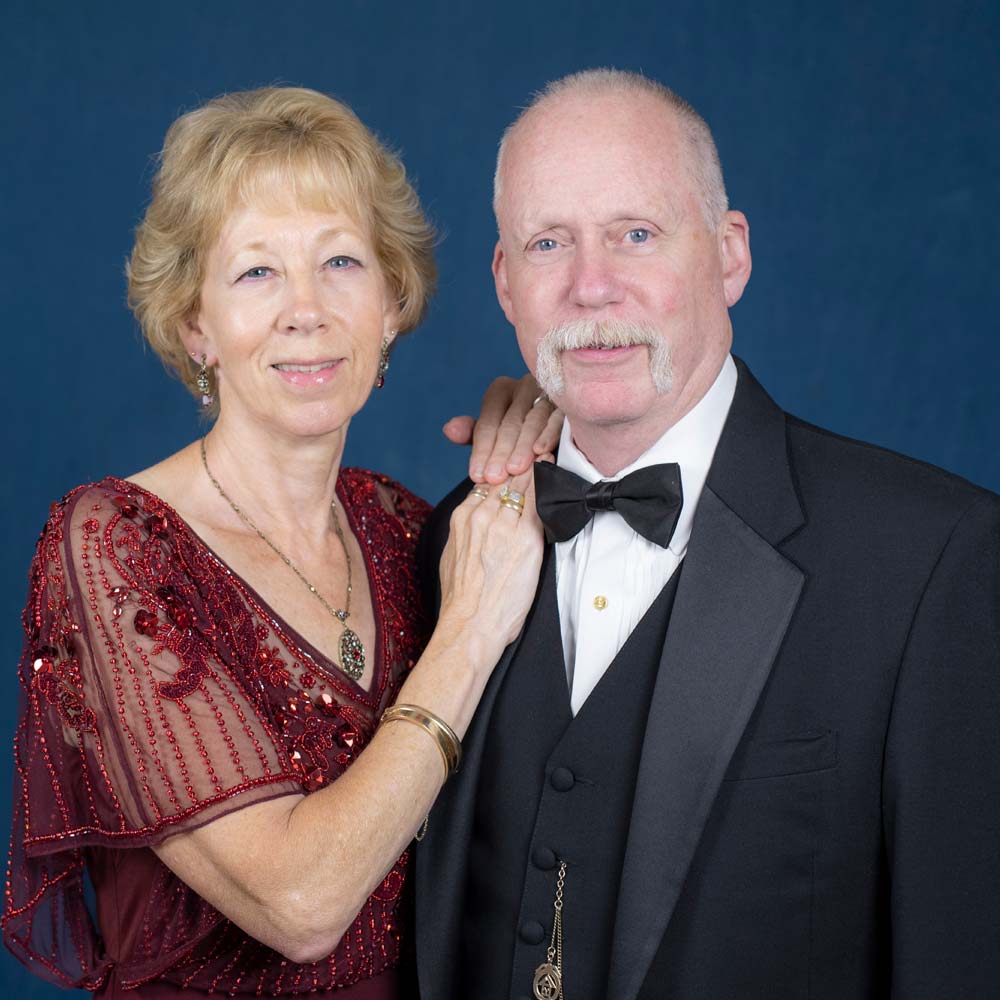 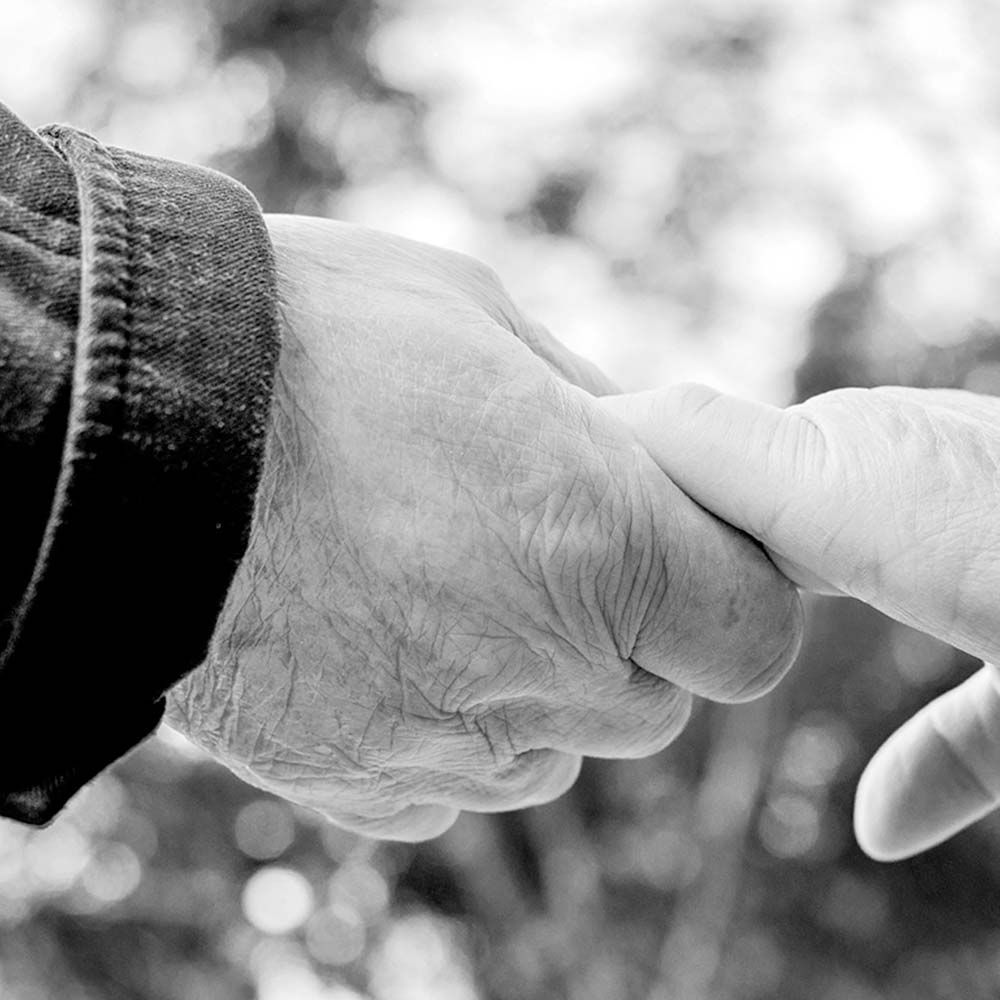 Brother Tom graduated from Perkiomen Valley High School, earned an associate’s degree in criminology from Montgomery County Community College and completed his Pennsylvania state apprenticeship in the electrical field. After working as an electrician for 10 years, in 1986, he founded Gamon Electric, Inc., a full-service electrical contracting firm for which he serves as President. He has earned several professional certifications and licenses and is an Assistant Code Inspector for Lower Frederick Township.

A member of Montgomery County Fire Chief’s Association, Brother Tom has served his community in various capacities. Having joined Lower Frederick Fire Company in 1976, he served as Fire Chief from 1984-2002 and from June 2012-present, as well as Battalion Chief from 2010-2012. He has served as a PA State Police Assistant Fire Marshall since 1984, as Fire Marshall for Lower Frederick Township since 2000 and is a Past President of Red Knights Motorcycle Club Chapter #5. He has taught vertical rescue at many locations throughout the state.

A member of Boy Scouts of America Troop 105, Schwenksville, Brother Tom is an Order of the Arrow member and served as Committee Chairman for Troop 87 from 1994-1996.

Brother Tom served as President for Good Fellowship Country Club from 2008-2009 and has served as Secretary since 2010. He also served on the Board of Directors for the Children’s Dyslexia Center in Reading.

Brother Tom and his wife, Cheryl, live in Schwenksville and are members of Jerusalem Lutheran Church. They are the proud parents of Brother Thomas, V, and Danielle, and the proud grandparents of Shelby Elizabeth and Thomas, VI. Brother Tom’s favorite pastimes include hunting, fishing and motorcycle riding. Cheryl enjoys sewing, reading and selling fresh produce at her stand. Together, they enjoy antiquing and spending time at their hunting cabin in Tioga County.

Brother Thomas Gamon, IV, became a Pennsylvania Mason in 1991. A Past Master of Perkiomen Lodge No. 595, Red Hill, Pa., he served as District Deputy Grand Master of District 40 from 2002-2010, as a Representative in Grand Lodge and an Aide to the Grand Master from 2012-2013, as a member of the Masonic Education Committee from 2010-2011, and on the Masonic Villages Board of Directors since 2013.

Brother Tom is a member of Royal Arch Chapter No. 198 and Nativity Commandery #71, both of Pottstown, and Palestine Council No. 8, Phoenixville. A Past Thrice Potent Master of the Reading Lodge of Perfection, he is a member of the Valley of Reading, A.S.S.R. Brother Tom is an Honorary Member of the Supreme Council 33°, and a member of LuLu Shrine. He is also a member of Knights of the Red Cross of Constantine, Perkiomen Valley High Twelve No. 670 and Spring City Forrest No. 34, Tall Cedars of Lebanon. A charter member of Gnothi Seauton, Allied Masonic Degrees Council No. 501 and a past Sovereign Master, Brother Tom is also a charter member of the Pennsylvania Lodge of Research and Hirams Scottish Riders Motorcycle Club, as well as a member of Excelsior Mark Lodge No. 216, the Pennsylvania Masonic Shield and Square Club and the Royal Order of Scotland.

He is a recipient of the DeMolay Legion of Honor and the Chapel of Four Chaplains Humanitarian Award.

In addition to the relationships that develop between Entered Apprentice and Fellowcraft Masons and their mentors as they proceed through the degrees, the new Online Mentoring Program offers continuous opportunities for engagement and development for new members following initiation.

Available through the Grand Lodge education portal, the program connects Brothers across the Commonwealth who have a deep understanding of various Masonic topics with Brothers who have a thirst for Masonic education. Entered Apprentice Masons who are members of Pennsylvania Lodges, and who have been entered into the Grand Lodge database by their Lodge Secretary, will be able to sign on to the Grand Lodge education system and register for the new mentoring program. Mentor topics may include, but are not limited to, symbolism, philosophy and Masonic history. This new system should not supplant the mentoring work done by local Lodges, including instructing new members in the work of the Fraternity.

Men who would like to volunteer to serve as mentors may do so through the same system. Each volunteer will be screened before being confirmed as a mentor. Once confirmed, Brothers seeking mentorship will be able to reach out to a registered mentor to begin a dialogue and establish a relationship. The direction and information shared during the mentoring relationship is up to the Brothers involved. Mentoring can occur in person, over the telephone or through digital means.

To get started, log on to the Grand Lodge education portal at www.education.pagrandlodge.org and create an account if you don’t have one already. You’ll need to know your member ID number to create an account – if you don’t, just reach out to your Lodge Secretary. Take the time to complete your profile and review the education materials that are present on the portal. Then, utilize the mentoring system to connect with a mentor or sign up to act as a mentor for others!