“Crime and the Craft: Masonic involvement in murder, treason and scandal” 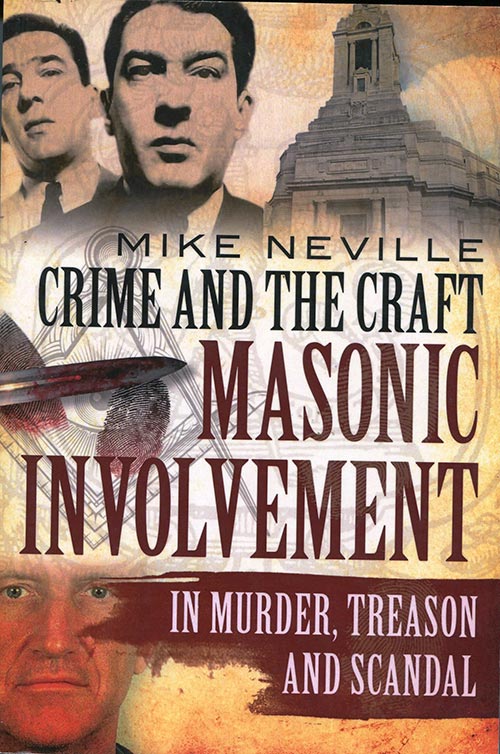 Who among us doesn’t enjoy a true crime story every so often? And what better way to really enjoy one when the author ties a Masonic connection to each one. Bro. Mike Neville, British Freemason and retired Scotland Yard Detective Chief Inspector, has written just such a book. The brothers in this book are to be found on both sides of law, justice, treason, murder, fraud and scandal to name a few.

The stories are written chronologically beginning with the English Civil War (1642-51) on through the late 1990’s. Each chapter includes a list of lodges, names, dates and the connection to Freemasonry. Bro. Neville also spends just enough time explaining British law enforcement for the reader (and any PBS British Mystery buff) to understand its workings.

If early British history is not your cup of tea, the reader can start any chapter and not miss any earlier Masonic connections. If there is an overlap in Masonic connections to an earlier chapter Bro. Neville makes sure to mention it again. Crimes such as the Mutiny on the Bounty, the Great Train Robbery are covered as well as royal British scandals and of course, no book on famous and infamous crimes would  be complete without Jack the Ripper.

Throughout the book Bro. Neville makes the point that no matter what side of the law the men were on, their relationship to Freemasonry did not give them a free pass to break the law. While it is entertaining to read about individuals who did not live up to their Masonic obligations it is also worth noting that some of the means of identifying criminals we take for granted today, such as fingerprinting, artists’ sketches among others, were developed or encouraged for use by members of the fraternity who also were in law enforcement.

If you are interested in borrowing “Crime and the Craft” please contact the library at 800-462-0430, ext. 1933 or just visit The Masonic Library & Museum on-line catalog at www.pagrandlodge.org.